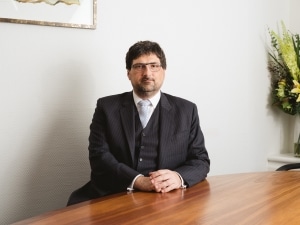 Felix Geiringer is an experienced barrister practising in a broad range of legal fields. He has acted in a number of recent high-profile matters including representing Sir Tim Shadbolt in a successful defence of a defamation claim, representing Toni Waho in his successful trust law claim against Te Kōhanga Reo National Trust, and representing Nicky Hager in his judicial review and public law damages claims against the New Zealand Police.

Felix’s recent cases also include matters involving commercial and company law, arbitration, administrative law, land law, professional discipline, inquiries, tort law, te Tiriti o Waitangi, sports law, and criminal appeals. He frequently appears in the appellate courts including multiple appearances in the New Zealand Supreme Court and the Privy Council. He is used to dealing with difficult and novel matters of law and has had numerous of his decisions reported including 15 cases in the New Zealand Law Reports. Felix is also experienced in all forms of ADR. He has acted in arbitrations and has resolved many disputes through mediation and negotiated settlement.

Before coming to the law, Felix Geiringer had a career as a mathematician. He was awarded the Rhodes Scholarship. He conducted research in the field of analytic number theory. For four years, Felix worked in IT working mostly in cryptology, but also as a developer on a variety of other coding and code validation projects. Felix was credited as inventor on six patents registered for his work.

Admission to the bar