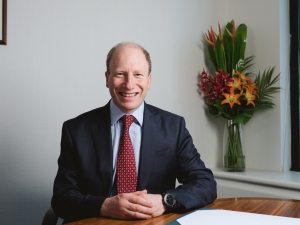 Toby Gee has represented insurers and their insureds in many disputes and at mediations ranging from the modest to multi-million dollar claims. He has acted in claims and disputes relating to earthquake, fire, employers’ liability, professional liability, cyber risks and motor policies.

Toby has represented insurers in policy disputes arising out of issues such as alleged fraud, and material non-disclosure, as well as the interpretation and application of exclusion clauses, breaches of general and special conditions, and other policy terms.

Toby has been recognised by the Legal 500 Asia-Pacific in the field of insurance.

Toby Gee has broad experience of acting in business disputes, ranging from simple breach of contract claims to disputes relating to complex transactions and commercial relationships between companies of national significance, involving multiple parties and causes of action, and/or complex or novel legal issues.

Toby has long experience in claims against professionals across a wide spectrum of professions, including surveyors, accountants, solicitors, insurance brokers, estate managers, structural and civil engineers, electricians and designers, and has acted in cases ranging from complex multi-million dollar disputes to small claims and professional disciplinary matters.

Toby Gee has acted for many plaintiffs, manufacturers and insurers in a wide variety of product liability claims. This includes both medical and non-medical products, and the safety of specific consumer goods, for example medical equipment, electronic agricultural/outdoor equipment, electronic and mechanical industrial components, raw materials in industrial processes, commercial and private vehicles, domestic appliances and other household products.

Toby has long and extensive experience both here in New Zealand and in the UK, in dealing with a multitude of cases relating to injury, illness and the medical issues relating to them (including professional standards), from the simplest traumas to catastrophic injuries including spinal and brain injury, pre-natal and peri-natal injury, late/failed diagnosis in children and adults, and a wide variety of medical and surgical fields.

Since 2014 Toby Gee has developed significant expertise in relation to cyber risks. His articles on cyber risks have appeared in Cover to Cover, Australasian Lawyer and CIO Magazine. He has led seminars and workshops on cyber risks, how to manage them by way of insurance and good governance, and on their legal impacts. He has appeared on expert panels in relation to cyber risks for the Insurance Council of New Zealand and the National Cyber Policy Office. In 2016 he was appointed as a cyber breach coach for two insurance companies, and was instructed to advise an insurer in relation to a privacy breach of one of its insureds, relating to some tens of thousands of personal data records being hacked.

Toby Gee has acted for both employers and injured people in claims arising from a huge range of work-related injuries and diseases, and work-related deaths. He has advised banks and other large and medium-sized entities, including Z Energy and Mighty River Power, in relation to the interpretation of numerous provisions of the Health and Safety at Work Act 2015, and as to devising and implementing systems required to address that Act. He has acted in relation to health and safety investigations/prosecutions, and has advised banks, manufacturers, commercial landlords and schools as to the management of asbestos risks.

Toby has also delivered seminars and workshops for industry representatives and in-house counsel on several health and safety issues relating to the new health and safety law. He has also written about the effect of findings of liability on beneficial activities, and the effect of changes to the Sentencing Act on reparation orders and how they relate to the ACC scheme.

Toby is a strong believer in the merits of mediation as a way of resolving disputes without recourse to a trial. Having been accredited as a mediator in 2004, he has repeatedly found that mediation can be cost-effective, flexible and efficient. It can also lead to far more satisfactory outcomes than litigation for all parties to a dispute, both financially and in relationship and other personal terms. Toby has acted as a mediator, and has frequently used his knowledge and understanding of the mediation process and the tools of the mediator when acting as counsel in mediations and settlement discussions of all descriptions, from multi-million dollar multi-party disputes downwards.

Examples of disputes in which Toby has acted as counsel at mediations include representing:

Mediating by internet – a beginner’s guide

What next for cyber resilience?

Lambton Chambers welcomes Toby Gee as a member of Chambers

Toby Gee has more than 24 years’ experience as a trial lawyer and specialist counsel. He completed his training as a barrister in the Inner Temple, London in 1992-1993.  From 1993 until 2013, he practised as a barrister at Crown Office Chambers in London, instructed by many leading UK firms of solicitors to represent insurers, other corporate entities, government entities and individuals in civil claims at all levels up to and including the Court of Appeal.

In 1997 Toby was a Pegasus Scholar at Chapman Tripp Sheffield Young (as it then was) in Wellington. While on a sabbatical from his London practice in 2005-2006, as well as working in the policy group at ACC he worked with several Wellington barristers on a variety of civil disputes.

As well as being a barrister, Toby is an accredited mediator. He is also a member of the governance board of the New Zealand Choral Federation, and a trustee of St Mark’s Church School, Wellington.

Since moving to New Zealand in 2013, Toby has represented a wide variety of corporate, professional and public clients, in relation to dispute avoidance, resolution and litigation, in commercial civil matters, insurance and health & safety. Clients have included banks, insurance companies, lawyers, real estate agents, crown entities, national and industry bodies, large and small companies, trusts and individuals. He has appeared as lead counsel in the Court of Appeal, High Court and District Court, and at mediations, in claims valued up to and over $10M. During this time Toby has been lead or co-counsel in a wide variety of disputes including:

Toby is also an experienced negotiator, having been accredited as a mediator in the UK (ADR Group, 2004) and in New Zealand (LEADR, 2005). He was recognised as a mediator and Corporate Panel Member by the Dispute Board Federation in 2009, and as a mediator and dispute board member by TECBAR (the London Technology and Construction Bar Association) in 2011.

In 2017 Toby moved from being Special Counsel at MinterEllisonRuddWatts in Wellington into independent practice as a barrister at Lambton Chambers.

Toby also has significant governance experience through having been Chair of the trustees of UK charity Porters’ Progress UK (2007-2012), Deputy Chair of the the Lambeth Law Centre (2004), and a school governor at the Dulwich Village Church of England Primary School (2012-2013).

His work has included public policy, assisting ACC in devising new policies on matters such as the strategic management of appeals, and leading the development and implementation of an ethical framework for ACC’s interactions with external entities.

Toby is a member of the Inner Temple, and remains an associate member of Crown Office Chambers.

Admission to the bar

“Excellent in the courtroom.”

“He is very detailed and doesn’t leave anything to chance.”

“Highly regarded for his versatility.”

Examples of disputes in which Toby has acted as counsel at mediations include representing: